tensions over the holy river's water

In recent years, the Jordan River, holy for much of humanity, is shrinking away to nothing on its lower portion. Most of the water is diverted for irrigation of agricultural land and the supply of Israeli cities. Few rivers have led to conflicts as the Jordan. The last ten years have been particularly challenging. Below average rainfalls emptied the water table and forced farmers to leave land fallow. Throughout history the countries and communities in the Holy Land are harassed, quarreled, and fighting for the little water available.

The Jordan River is 156 miles long (251 km) and should flow from Lebanon to the Dead Sea. Nowadays, after the Sea of Galilee, there is a dam and the Lower Jordan River is mainly fed by waste and salty water (from diverted springs) from Israel and almost nothing from the Yarmuk River also diverted by Jordan. The whole eco-system has been damaged and the Dead Sea level is going down by 3 feet (1 meter) per year. Why? Because Israel’s biggest industry is pumping an additionnal 400 million cubic meters per year to extract Potash, Bromine and Magnesium.

The future of the Jordan River is not bright but EcoPeace Middle-East, an NGO based in Israel, Palestine and Jordan, is fighting to save it with its Master plan. The river is the main source of fresh water in the region, and is the leading cause of quarrels between Israel and Palestine. Could the fight to save it forge a path toward peace? 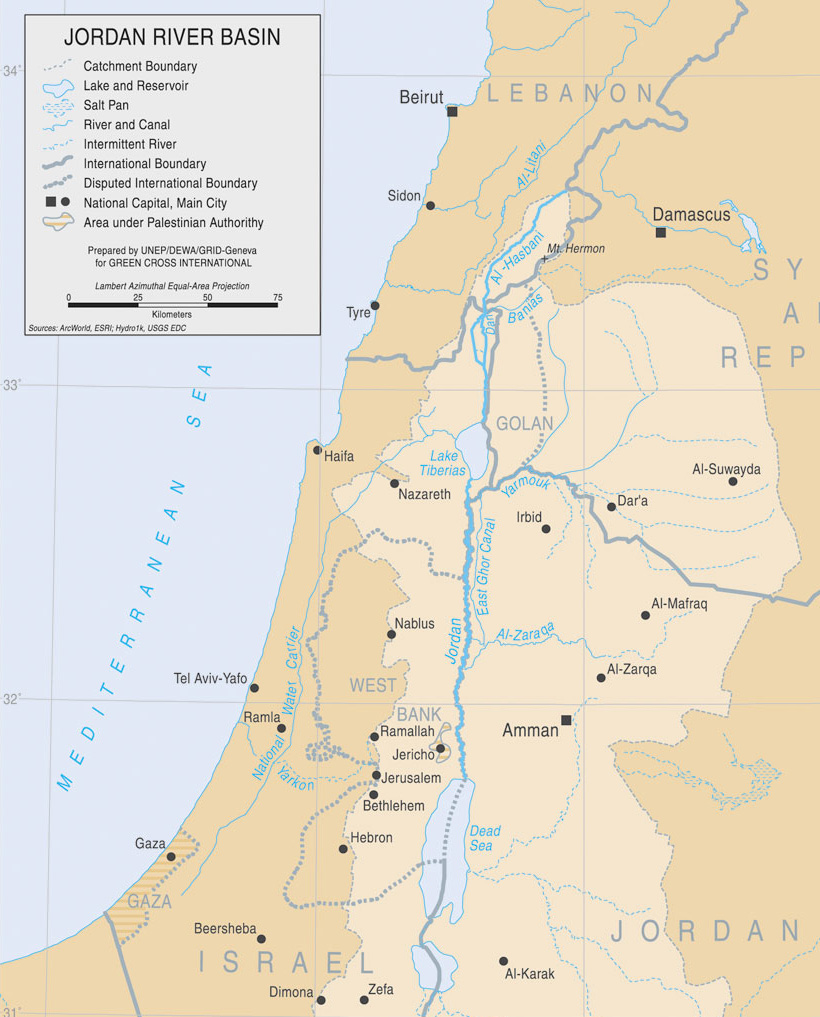 The Jordan River is 156 miles long and flows it source in Lebanon to the Dead Sea in Israel and Jordan.