Around Lake Victoria in Tanzania, evil is driven by the belief that albino body parts possess magical powers that will bring wealth if used in potions produced by local witchdoctors. Most “clients” are rich businessmen, eager to get more gold out of their mines, or politicians wishing to be elected to office. Since 2007, official reports indicate that at least 68 albinos have been brutally attacked, suffering amputations of an arm or leg hacked off by machete, 59 of which died. Victims’ body parts are sold to witchdoctors: $2000 for a leg or an arm, or some blood...bringing the entire worth of an albino body to less than $10,000. This unfortunate business of horrors is also now expanding outside the borders of Tanzania (Congo, Burundi, Kenya).

Albinism is a genetically inherited disorder resulting from lack of pigmentation in the hair, skin and eyes. Unfortunately, Tanzania has the highest rate of albinism in the world: 1 in 3,000 are affected, compared to 1 in 20,000 in Europe and North America. Besides the horrible killings, African albinos suffer discrimination in all aspects of life. Due to vision problems, children face difficulty completing educational programs and a high percentage do not graduate. This is one reason why there is chronic unemployment amongst African albinos. Most of these men and women are therefore very poor. One of the main concerns is that many albinos cannot afford sun creams or proper clothing to protect themselves from the sun that will eventually kill them from skin cancer. Albino life expectancy is in Tanzania is 30 years, with only 2% living beyond 40 years.

The Tanzania Albino Society struggles to help and teach their members but suffers from corruption, and the Tanzanian government is still divided despite President Kikwete and the Prime Minister’s efforts (Albino councilwoman nominated, police operation to arrest witchdoctors...). The Minister of Interior Affairs still says about Vicky Ntetema - Tanzanian born BBC journalist who had the courage to bring the story into the global spotlight - “She is a shame to our country!” 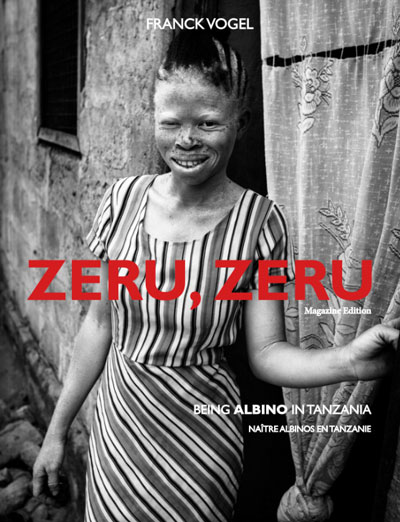