FRANCK VOGEL
Born in 1977 (Strasbourg), based in Paris.
Member of the French Explorers' Society and an EverydayClimateChange contributor.

In 2002, after obtaining a Masters degree in business and marketing from AgroParisTech, Franck Vogel decided to set off around the world with only his backpack and Canon camera. Over the course of a year, he explored dirt paths and rugged roads, and sailed many seas and oceans, all by means of transport worthy of Jules Verne: wooden canoe, sailboat, truck, camel, bike...and of course his legs. His main goal: human encounters.

After a year of hitchhiking, 8000 photos and a fabulous human adventure, he decided to make a 180-degree life change by embarking on a career as a photojournalist. This choice represented not only a professional challenge but also an awakening in his personal life and the role he wishes to play on Earth.

Franck Vogel currently works as a freelance photographer focusing on global social and environmental issues. In 2004, on assignment for Patrimoine sans Frontières (a French NGO dedicated to preserving endangered cultural heritage sites), his photos depicted the restoration of unique Orthodox churches in Voskopojë, Albania as well as the last of their founders, the Vlachs. This work has been shown in France and Albania through exhibitions, conferences, books and magazines (Le Monde magazine, Courrier International,...). Later, while shooting in the Ukraine Franck took photos of Crimean Tatars and their tough post-soviet return to their motherland after having been deported by Stalin in May 1944.

Since 2007, he has focused on the unique relationship between Man & Nature in an effort to illustrate that it’s possible to live in harmony. In a world where the media only reports negative stories, Franck has decided to bring hope. For example, his epic work about the Bishnoi community in India tells the story of some of the world’s first environmentalists. This work has been published all over the globe, including in GEO magazine’s special 30th anniversary issue in 2009, as well as photos showcased in Parisian Metro stations in 2011 and 2012 (15 million visitors / first exhibition in France produced with eco-friendly vinyl and inks). In order to reach a wider audience, Franck Vogel wrote and co-directed a documentary film entitled, Rajasthan, l’âme d’un prophète (The Bishnois, India’s Eco-Warriors), which was broadcast June 11th 2011 on French TV. The film was awarded the Phoenix d’Or 2011 and the 2013 Terre Sauvage Prize.

His recent work to denounce the Albino killings in Tanzania has been featured in magazines and exhibited around the world (Rencontres d’Arles, Visa pour l’Image, Pingyao Photo Festival in China), and his book on Albinos released in 2012 (Michel Lafon Publishing). His latest book Zeru, Zeru is available on blurb.com

Franck Vogel is currently focusing on global transboundary water conflicts and has completed stories on the Nile, the Brahmaputra, the Colorado, the Jordan, the Mekong, the Ganges, the Zambezi and the Danube. Articles were subsequently published by GEO, Bloomberg BusinessWeek, Stern and Le Monde diplomatique, exhibited at Gardens by the Bay (Singapore), United Nations in Geneva, COP22, Pavillon de l'Eau in Paris, and Festival Photoreporter in Saint-Brieuc (France), and featured in lectures Vogel gave at Columbia University in partnership with the Earth Institute, at Sciences Po Paris, ESSEC Business School, ESCP Europe and other top universities supported by Fondation Iris and at COP22 in Marrakesh with Erik Orsenna, French Academician. BBC News interviewed him live on the rivers' project while visiting Singapore in 2016. A two-volume book set will be released by La Martinière Publishing and the first volume Fleuves Frontières has been launched in Sept 2016, and was praised by the international press including National Geographic, Le Monde, Corriere della Sera, RTL and Télérama among others.

On October 4th, 2013, to reward his tireless efforts to promote the Bishnoi culture, Franck Vogel received highest honors from Bishnoi religious and political leaders at a ceremony at the Mukam Festival (India) attended by thousands of pilgrims. 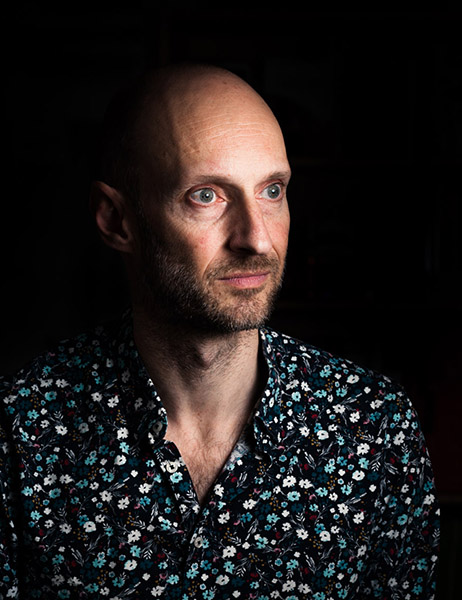 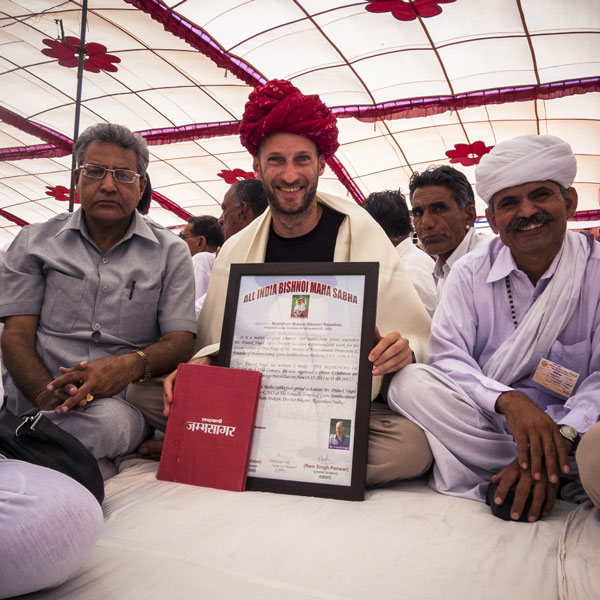