The Nile stretches over 4000 miles – and with its two major tributaries, the White Nile and Blue Nile - is the longest river in the world. This waterway is synonymous with the survival and wealth of the eleven countries through which it runs (Egypt, Sudan, South Sudan, Ethiopia, Eritrea, Tanzania, Uganda, Kenya, DR Congo, Rwanda and Burundi).

The treaty on Nile water resources was signed during the British colonial era in 1929 and amended in 1959 by Egypt and Sudan. It concedes 55.5 billion cubic meters of water per year to Egypt and 18.5 billion to Sudan. The two countries thus accounted for 87% of the river flow, while a clause granted to Egypt a veto over any dam projects upstream. For over ten years now, East African countries have been trying to modify this inequitable arrangement. In an effort to promote peaceful cooperation, the Nile Basin Initiative was launched by these states in 1999.

On May 14, 2010, five upstream states, led by Ethiopia, signed a Cooperative Framework Agreement to seek more water from the River Nile, in the absence of Burundi and DR Congo, and despite the boycott of Egypt and Sudan, strongly opposed to this project. Egypt considers it as an undisputable right.

More than a legal value, the signature has a clear political objective: to show the anger of upstream countries towards Egypt and Sudan. « The Nile is a resource for all », said Ethiopian Minister for Water Resources, Asfaw Dingamo.

With Sudan’s breakup and the independence of South Sudan on July 9, 2011, tensions continue to increase. The new state claims its share of water, but internal rivalries already threaten.

Egypt released itself from the Mubarak regime, but with a growing population and water demands always higher, the country knows that its survival depends on it. Water is and will be in the center of all debates. Equitable sharing with other countries seems off to a bad start and a war could break out if Egypt does not reconsider its position.

For this story, I centered my report on the extremely tense water situation in the context of post-revolution Egypt by focusing on: families (major farmers in the desert, families living in Cairo, fishermen, revolution leaders,...), the tourism industry - always using ever-increasingly huge amounts of water, and on political leaders and their vision for the future.

Since it is difficult to cover all the East African countries along the Nile, I decided to limit myself to Ethiopia and South Sudan. Ethiopia, known as “Africa’s water tower” with its altitude, its heavy rainfalls, and its hydroelectric dams, plans to complete its masterpiece on the Blue Nile, the Grand Ethiopian Renaissance Dam (GERD) in 2017. Tensions will surely rise with downstream countries further north, and populations will be displaced due to the huge retention pond, that should be larger than Lake Tana. As for the young Republic of South Sudan and its large number of dissident ethnic groups, a common ground is difficult to find, and the new country certainly wants its hydroelectric share of the Nile.

Ethiopia’s Prime minister, Meles Zenawi, decided to rent the land around the Grand Renaissance Dam to Israel for farming – Ethiopia hosted the Falachas, black Jews, and that’s why Israel is involved. That strategic move could prevent an Egyptian air force attack to destroy the Grand Renaissance Dam in 2017, but it’s not certain. Ethiopia also decided to increase the size of the reservoir, and Egypt already announced they wouldn’t allow that. Therefore, if Egypt attacks the dam, Israel – supported by the USA - will help Ethiopia, and Iran, Egypt’s new ally, will be more than happy to be involved. All elements for a new world war are combined…Let’s hope it won’t happen. (Text written in 2012)

Nile map presenting the Blue Nile, its source in Ethiopia, Lake Tana, and the construction site of the Grand Millenium Dam. The Jonglei Canal in South Sudan is marked in red. In Egypt, the Toshka Canal starting from Lake Nasser is also indicated. 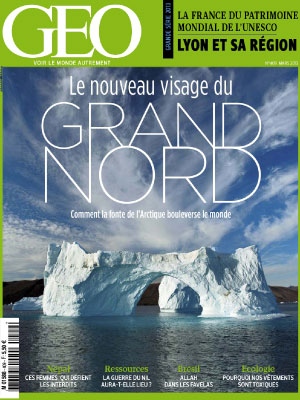